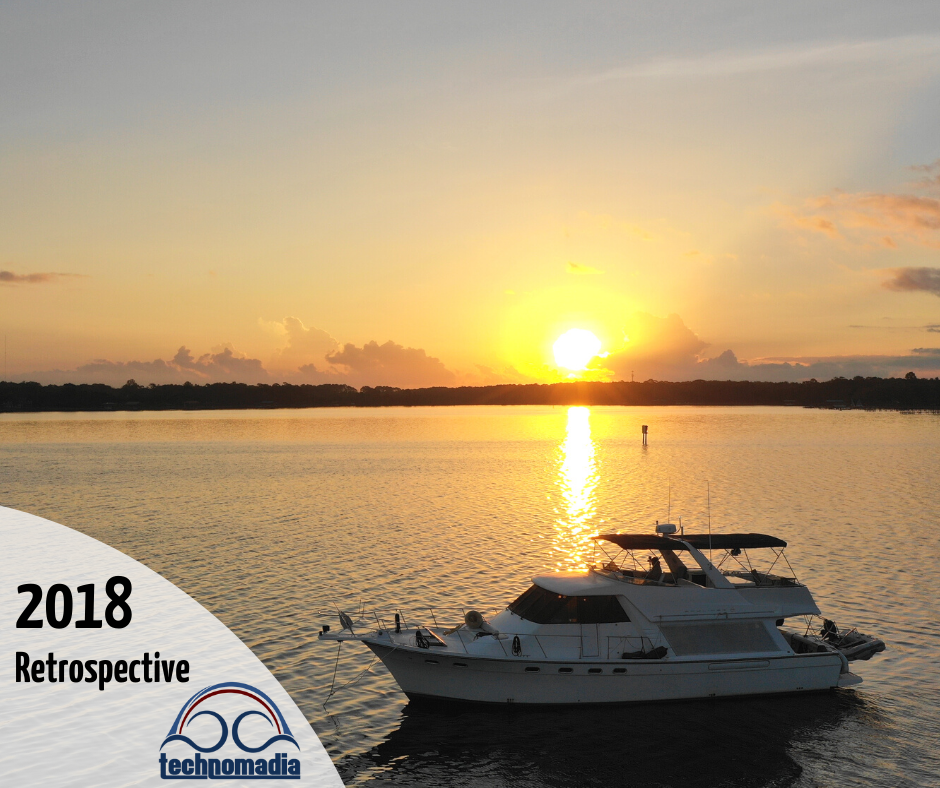 Our first year of boat ownership was definitely not without a huge learning curve. And despite the challenges, we were loving it.

At the beginning of 2018, it was time to get back to our intentions – continue our Great Loop and integrate in part of the year with RVing.

Fresh out of the boat yard to repair storm damages, we left Y-Not behind in Miami and got on the road to Texas in Zephyr to present at an RVing event. We left the bus in storage there, returning back to Florida in our Mini Cooper with intentions of an RVing winter later in the year.

And then off we set up the ICW – finally free of Irma’s clutch.

And as if we hadn’t listened to our own lessons of the past, we took on more boat project upgrades that lingered into pushing us into being in Florida for hurricane season once again.

Which was not without its own trigger of not yet healed trauma, not to mention the pure chaos of major projects happening in your home.

The anxiety of it all caught up, especially with running a rapidly growing business and team that was demanding more and more of our attention.

This wasn’t what this lifestyle was supposed to be about. Pressure was being felt from all around to hasten the pace and do this Loop thing already.

But mostly from ourselves.

We had to release ourselves from the expectation.

We adjusted our plans to instead explore the St. Johns River for hurricane season – not leaving Florida, but much more protected. After the season, we made arrangements to store Y-Not and get Zephyr to her new long term homebase in Arizona for the winter.

But another adjustment came when we arrived to Sanford at the southern most navigable point of the river. Another journey was calling us stronger.

We needed a season in one location. And it was marvelous.

2018 was all about getting into our cruising lifestyle groove.

We just had to adjust our course to where the winds and currents were taking us instead of fighting them with an arbitrary plan. A lesson any of us can benefit from learning.

In the lead up to Cherie's 15th Nomadiversary on May 10, 2022 - she shared a retrospective post for each year with a lesson about nomadic life and our own journey.

And here are the individual chapters of this series: 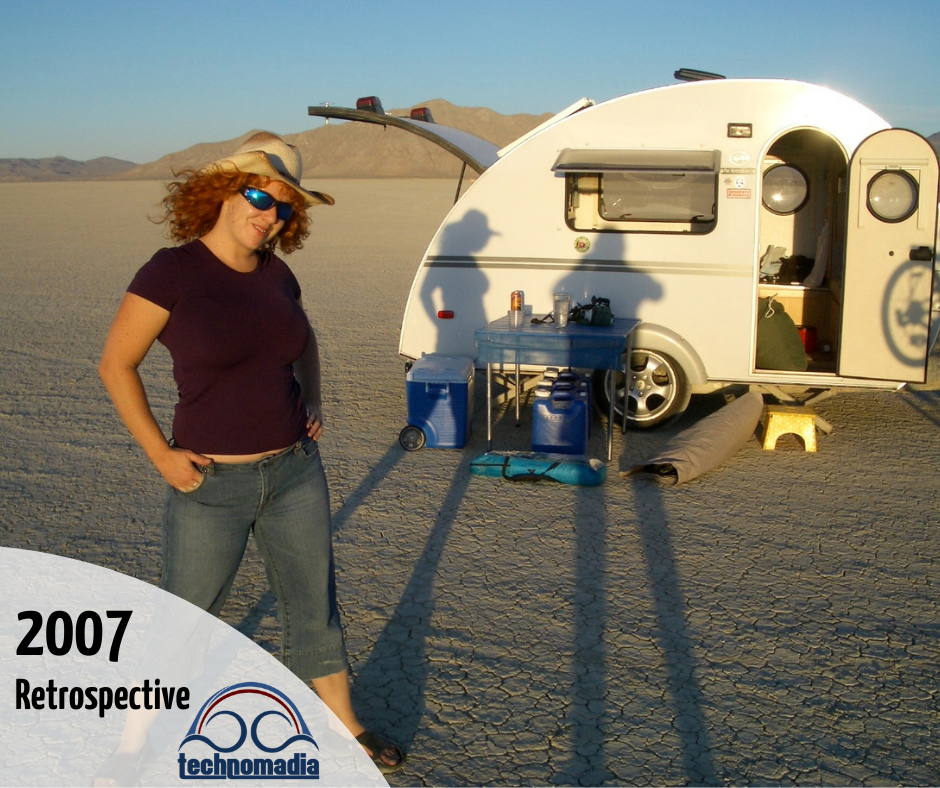 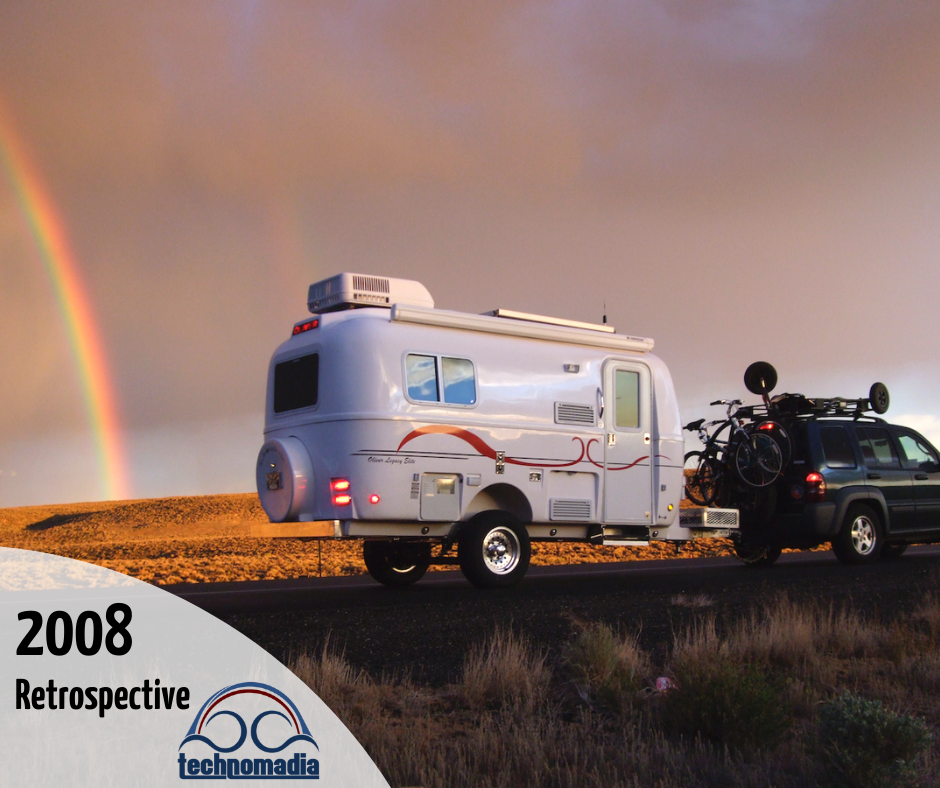 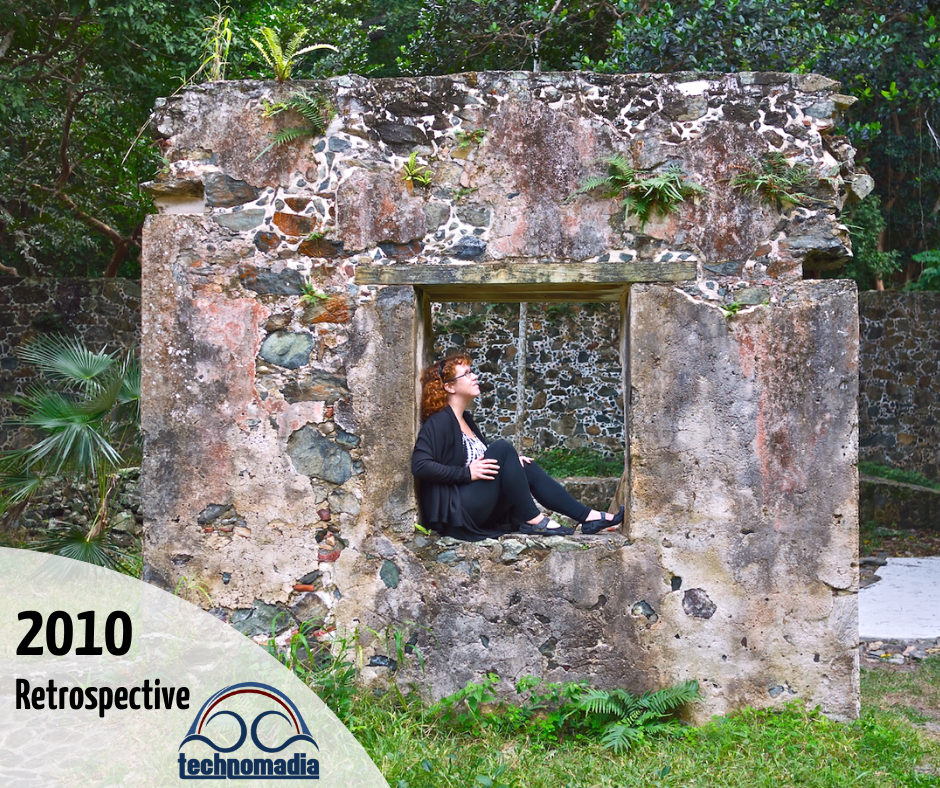 Retrospective: 2010 – Don’t Get Trapped by Labels 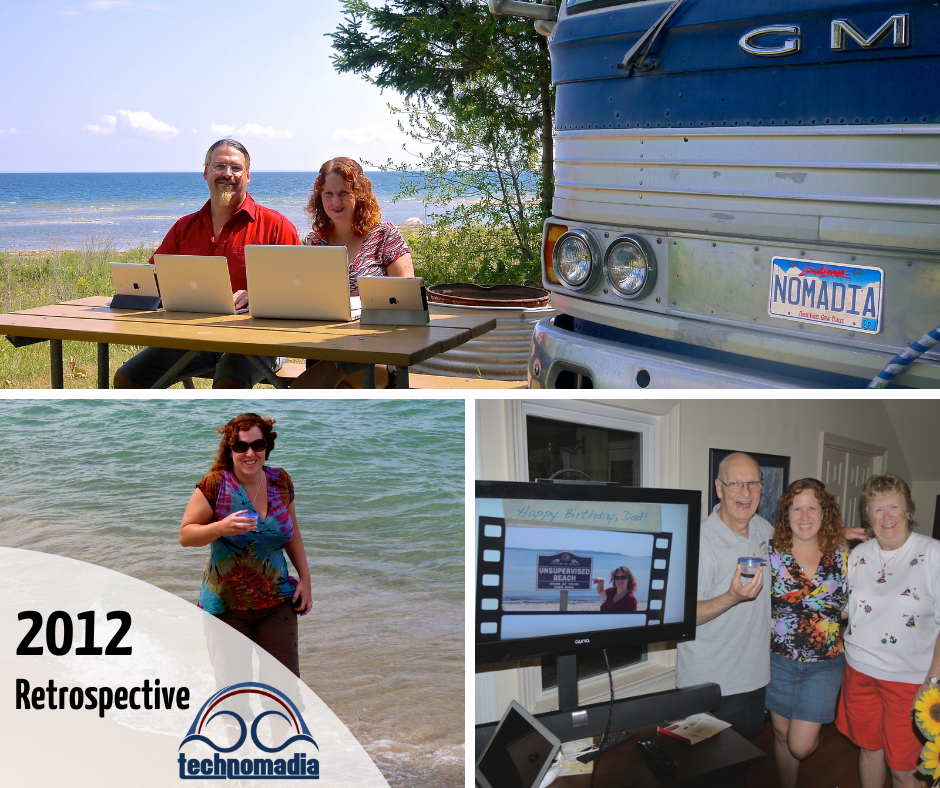 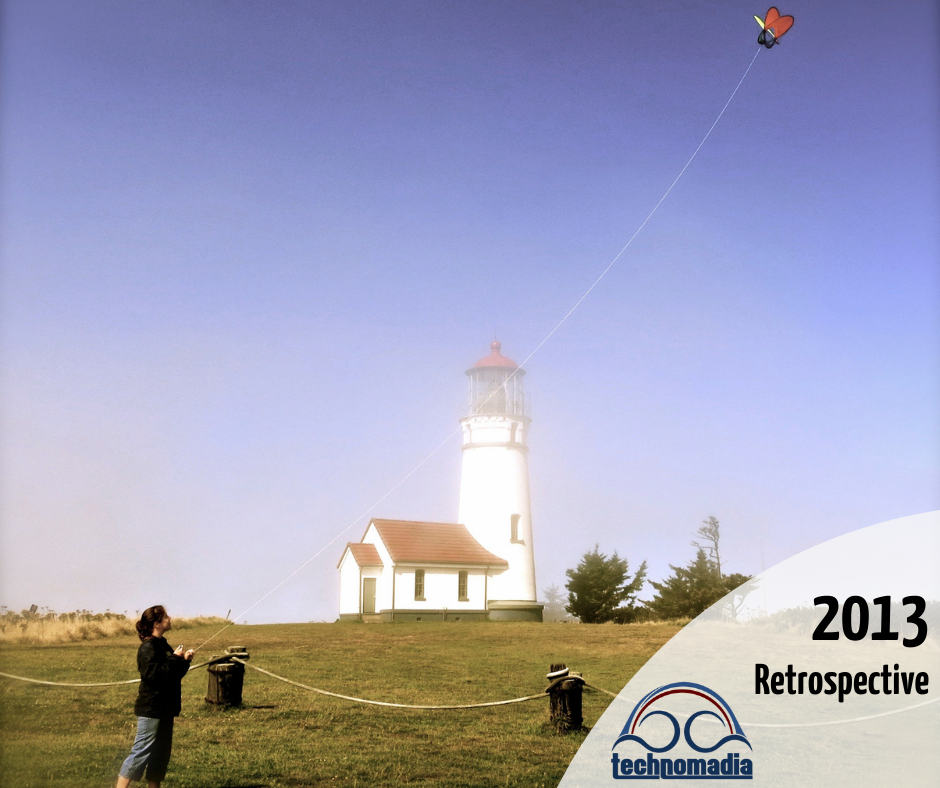 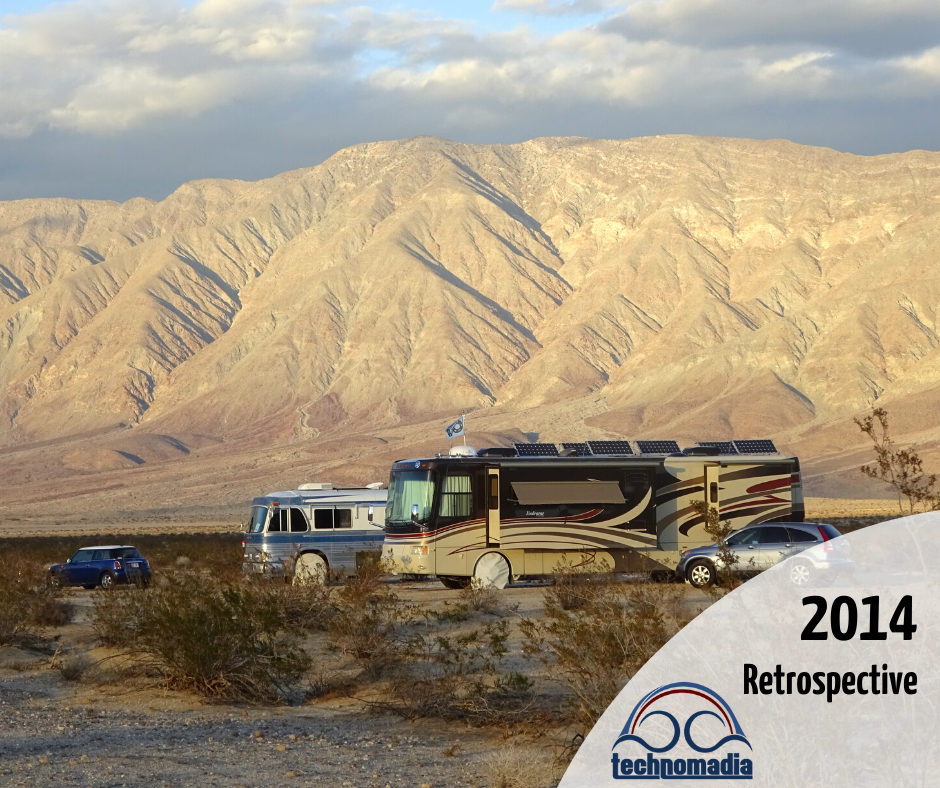 Retrospective: 2014 – It Takes a Village 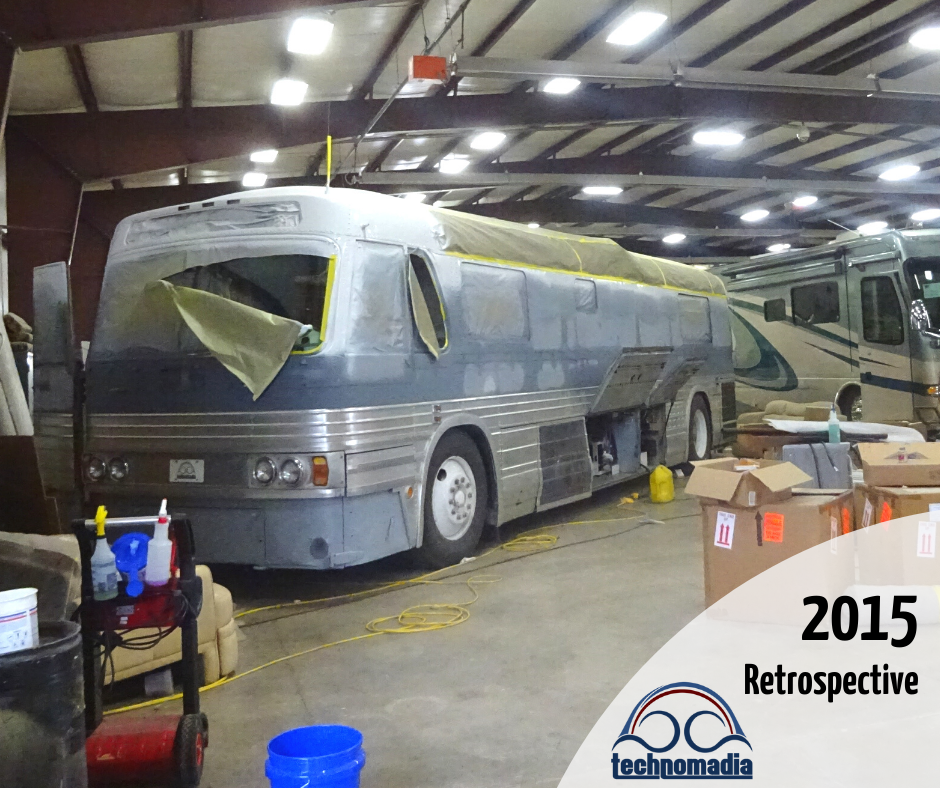 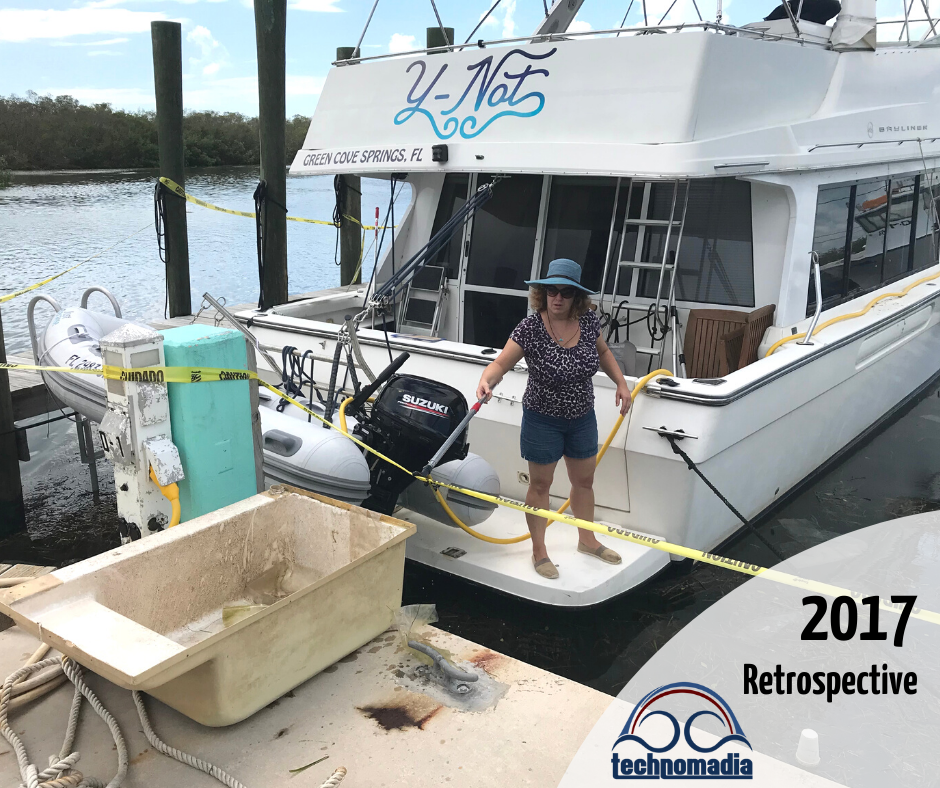 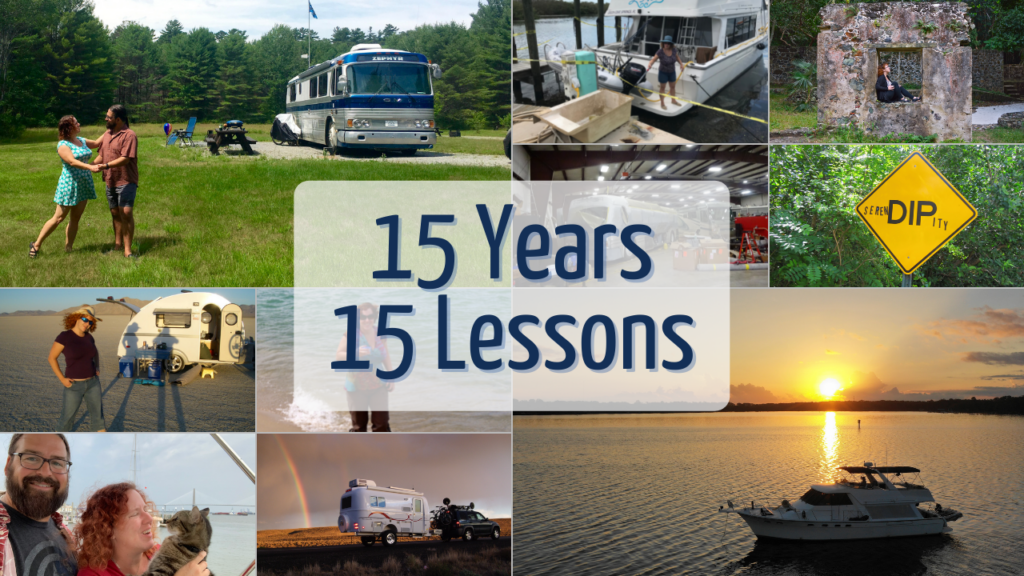 15 Years of Technomadia: 15 Lessons – A Cacophony of Memories 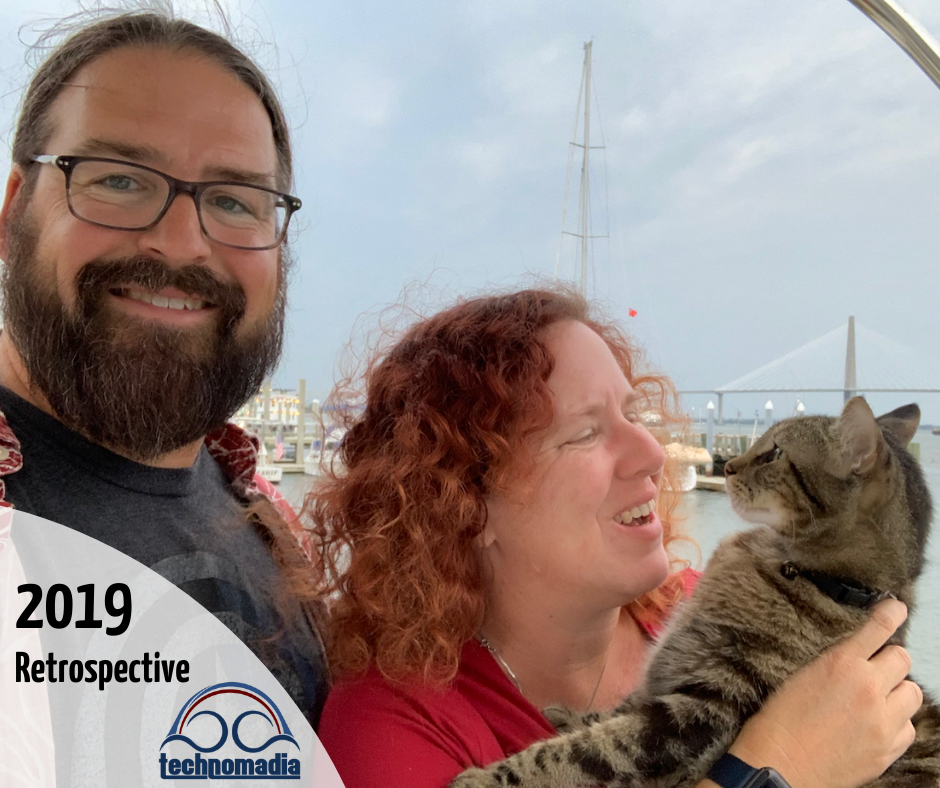 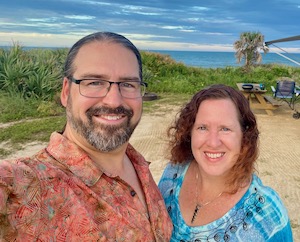 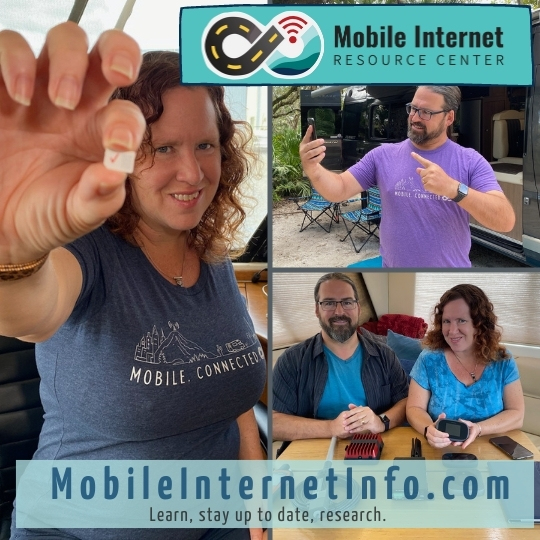 Our motivation is to share a slice of our mobile lifestyle and make new friends. Technomadia.com is provided for entertainment purposes only.
%d bloggers like this: